On a radio show this week, I learned that Maryland is the only state with cost controls on hospital charges. The speaker told about how New York once had controls... until a GOP governor put an end to that. Of course I was curious about how cost controls have worked for Maryland, so, as always, I did some research.

Maryland is quite proud of its system. They have their white paper bragging about the results, particularly the lower rate of increase in hospital costs. Their medical system has been more stable too, but perhaps the biggest feature is that there's no cost shifting. That sounds great to me because of the resentment that cost shifting causes. If you're unlucky to work for a small company with a weakling insurance plan, you pay more in the hospital. The government makes this a necessity by being miserly in its Medicare and Medicaid reimbursements--those whales of cost shifting.

In Maryland, all payers pay the same rate, even Medicare and Medicaid. So in one way, the entire nation supports Maryland by paying more there. However, this deal was negotiated decades ago when Maryland's hospital costs were 23% more than the national average. The deal remains in effect because Maryland has done well in lowering its costs and keeping them below average. So it hasn't been a bad deal for the taxpayers either.

Because all payers pay the same rate, the rates are known at hospitals. No insurer wangles a sweet deal at the expense of others. Some hospitals get higher reimbursements, but only due to higher local cost-of-living. That's a consistency I'd love to see. Just imagine, a hospital could easily post its rates in a list, not a complex table accounting for many different classes of insurers or patients.

All this good news was seconded by a (probably) independent review, but what is the bad news? Maryland still has higher than average medical spending than its neighbors. Some costs are displaced from hospitals to outpatient facilities. But I've never heard that Maryland is a hell-hole for medicine, so this cost control approach hasn't ruined life in Maryland.

For a more brutal critique, I had to read a report from the Heritage Foundation. First is a spiel on why cost controls never work. Then the terrible examples from Japan and the Netherlands. Finally, they detail the considerably fewer complaints against Maryland. Cost controls are said to stifle competition and create shortages, yet Johns Hopkins in Maryland has managed to set up surgical centers that allow "the hospitals to circumvent many of the shortages associated with price controls." I read that as saying, well, they don't have the shortages you were warned about. The biggest complaints in the Heritage report are the higher total costs than neighboring states, the waiver from Medicare and Medicaid, and a loss of "care coordination." Weak sauce.

A better critique comes from this healthcare blog. I learn the Maryland has managed to strike a good balance between hospital and taxpayers. Not so with Massachusetts (my state), where "hospitals are so powerful that they ... capture the regulators." The author also tells the history of how other states (all but Maryland) abandoned their cost controls under the illusion of competition between HMOs. Remember how they were supposed to keep medical inflation in check? What went wrong there?

I have to agree--state cost controls sound like a good idea to me. No other method has worked to reduce the inflation in medical spending over the long term. And Maryland provides an example of how to avoid the disadvantages of cost controls. I tend to like market processes, but they haven't worked in healthcare. They may never work in healthcare because it's not your normal market. Let's finally admit that. 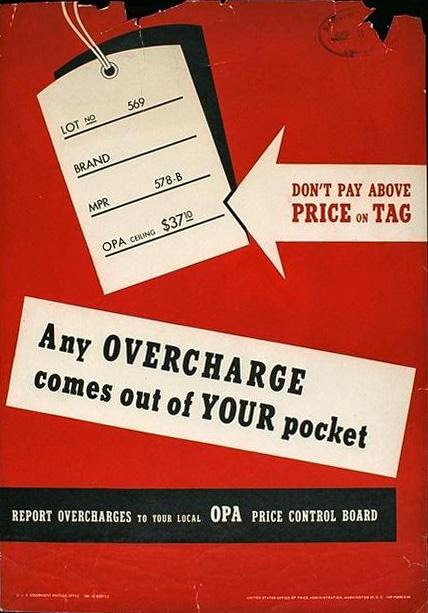 "I tend to like market processes, but they haven't worked in healthcare. They may never work in healthcare because it's not your normal market. Let's finally admit that."

I have to look at the Maryland model more closely. You have raised a lot of good challenges to my opinion on price controls and healthcare. On the surface it would seem like the math should not work in Maryland. You should have healthcare workers leaving or rationed care... like i said, i will examine more before I can criticize.

I will say this, the market model has NOT failed healthcare. When you look a healthcare organizations like Kaiser, (insurance and healthcare facility rolled into one) you get good cost management, regardless of what state you are in. There is hope

@Unknown, Thanks for your comment. I ask all new commenters to pick a screen name, so please do.

It's funny that you should hold up Kaiser as an indicator that market forces can work in healthcare because it is a non-profit organization (I just checked).

Yes, you definitely need to recheck your thinking that markets can work for healthcare. I'm glad you're taking steps to question your previous opinions--we should do that regularly.

After you examine the issues again, I hope you'll return and share what you've learned.

I signed in with google, I don't know why it did not leave a name. I did not see a space for one. call me 72 if you must.

There are several ways in which market forces are perverted by the structure of healthcare in our country. One these issues is created by the relationship between insurance companies and providers. Kaiser eliminates this interaction and appears to have generated a great deal of efficiency from the absence. There experience with cost if different. Look up Kaiser again, and keep reading this time.