The invisible primary clarifies everything

I learned this concept from Jonathan Bernstein, the only political commentator who has stayed interesting to me. (Others, like Josh Barro, seem great, but it only lasts for a short time.)

The invisible primary is the contest before the presidential primaries start. It consists of potential or declared candidates visiting early primary states, talking, occasionally staking out positions, occasionally attacking one another, wooing donors, and most of all wooing the important party players who have influence on swathes of voters, usually within one state.

I've learned a lot about the Republican invisible primary, but not so much about the Democratic version. Maybe in 2020 it will be in play, but 2016 isn't looking too likely.

Here are links to some of good posts on the invisible primary. If you don't know this concept yet, you have a wonderful learning experience in store: 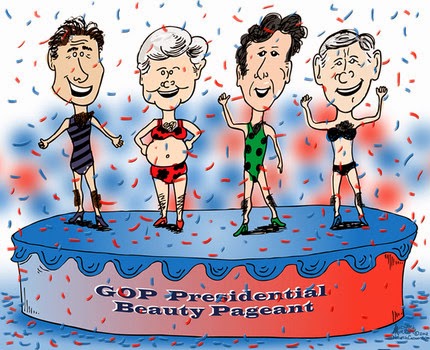