How big a deal is it that Stephen Colbert is taking over for Letterman on the CBS's late show? I can well imagine that his Comedy Central fans will miss his pointy political satire. Lots of people wonder what his personality is. Outside of his parody (a take-off of Bill O'Reilly's pomposity), do we have the faintest idea who he is? We don't know whether he can carry a late night talk show.

But the old grouches among the conservatives have a vastly different concern. They see another major slap at the heartland of the US. At least that was Rush Limbaugh's response-- though that's moderate for him. Limbaugh might have railed against Colbert for roughly a minute, much less than law student Sandra Fluke got.

So why does National Review need three posts letting their curmudgeons sound off about Colbert being an unfunny liberal replacing yet another unfunny liberal? Because National Review basically doesn't have thoughtful critique from a conservative viewpoint anymore. Instead, it's cut and slash against everything Dem and liberal. This is the longest post, giving the old grouches the most place to wheeze about "his perverted version of a conservative character."

I realized earlier this year that I had to stop reading National Review so often. The low point was the flaying of Pete Seeger on the occasion of his death. Seeger wasn't the singer of "Puff the Magic Dragon" to them. Instead he was a bagman for Stalin.

So Stephen Colbert may be a traitor in the war on the heartland, but at least he didn't work for Stalin. 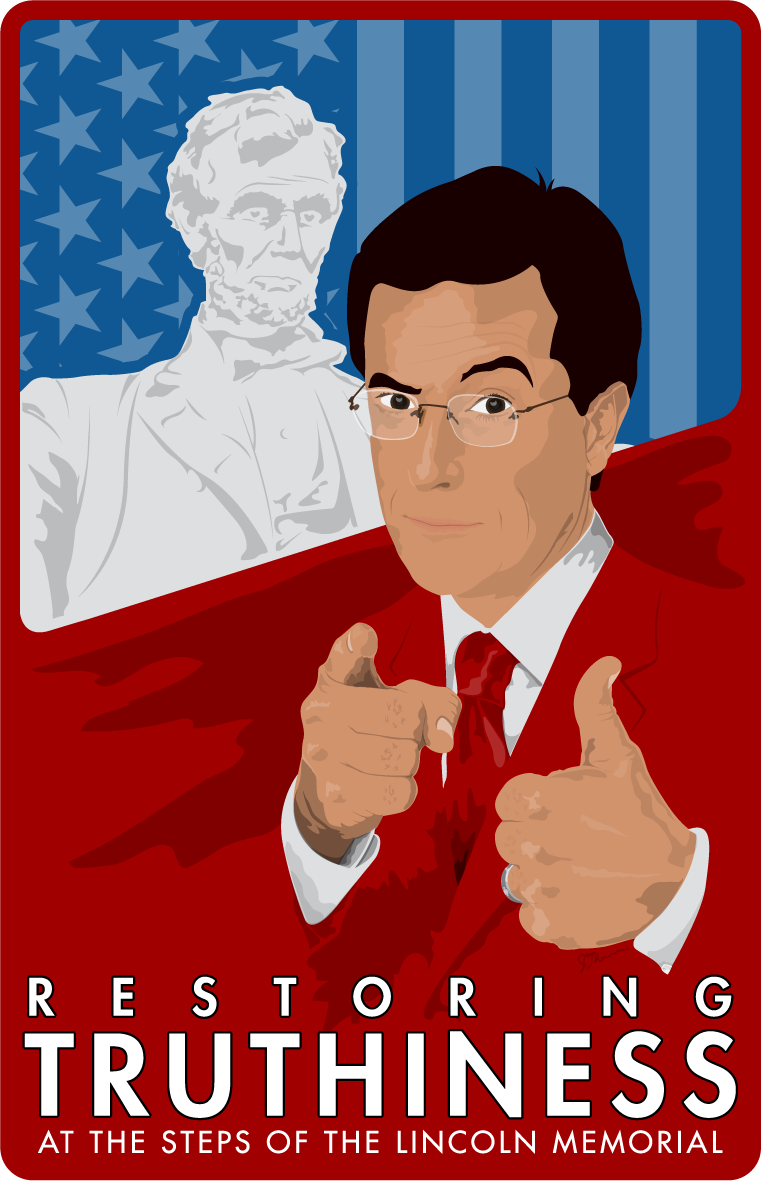 Extra. Ben Shapiro (creep-in-chief of Breitbart) writes a creepy post comparing Colbert to blackface comedy. There's something ironic (meaning hypocritical) about the editor of Breitbart complaining about the worst aspects of conservatives being lampooned. So does that mean parts of Limbaugh's show are vile blackface comedy riffing off liberals? (Hat-tip to The Atlantic Wire. National Review didn't link to it because it makes conservatives look pretty bad.)
Posted by ModeratePoli at 10:50 AM

I'm not sure it's necessary for people to wonder who Stephen Colbert is. He hasn't always just done the faux-conservative-blowhard schtick; he got his start as a correspondent for the Daily Show, and during his tenure, he was just as hysterically funny as he is on the Colbert Report.

Hilarious that conservatives can't contain their sourpussiness (Is that a word? It is now, baby!) at his promotion. Who did they expect it to be, Dennis Miller? Lol, no thanks.