Old question: Who benefited the most from tax cuts?

Back in 2012, one of the issues was who benefited the most from the Bush tax cuts. Dems said the rich did. Repubs said it was everyone. Now, finally, here's a graph that shows who benefited: (Click on the graph to enlarge.) 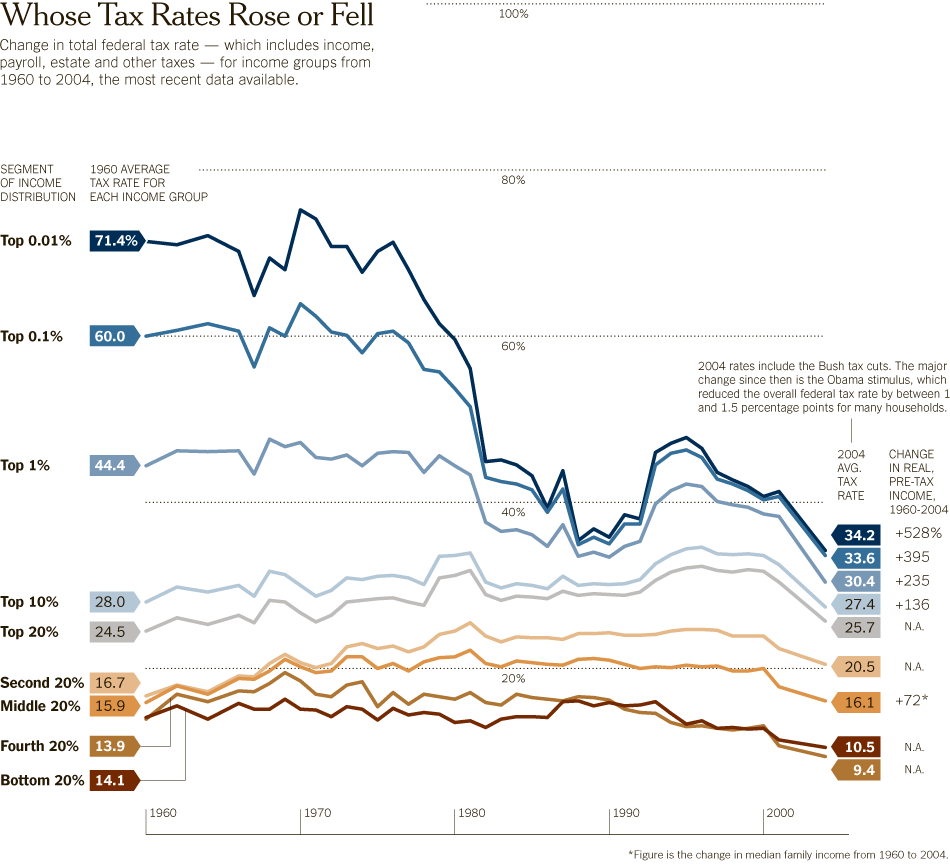 Look at the left-most 10% of the graph and see that rates declined much more steeply for higher incomes than for lower. This graph is based on effective tax rate and includes payroll taxes.

Low-wage workers are more affected by changes in payroll taxes and much less by income tax rate cuts. It's the opposite for high-income earners. Since the Bush tax cuts lower income taxes, but not payroll taxes, low-income workers saw little benefit. This was also shown by figures on how the end of the tax cuts would affect different earners. Again, lower-income workers would see less of an increase by percent (about 4%). Higher income earners would see a 8% increase.

Here's another interesting tax-related graph: Who gains from tax breaks--those credits, deductions, and exclusions that lower our tax bills. This graph shows the actual shares of these tax breaks and how much accrues to different segments from the lowest 20% to the highest 0.1%. The biggest winners (in light blue) are the 80-99% of top earners. However, look at the share that the top 0.1% (in dark blue) get. An excellent aspect of the graph is that the areas (dark brown, tan, light blue, etc.) directly represent the actual share of the money. You could imagine them as stacks of bills given to the groups. 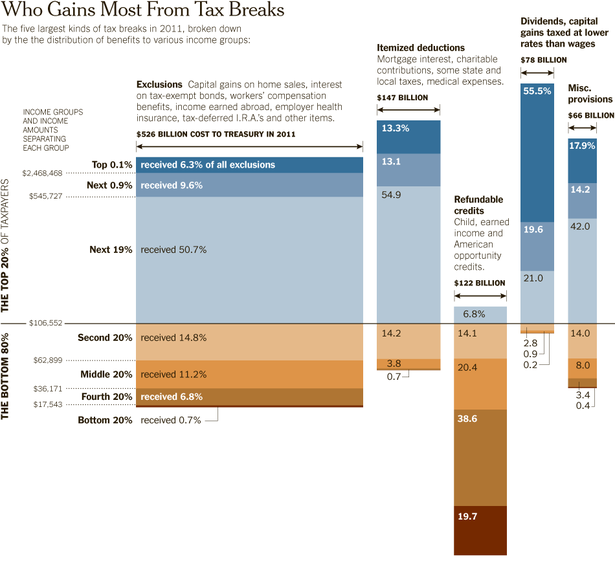 However, this isn't just a give-away of tax dollars to the well-off. Higher earners pay much more of taxes than do lower earner. They also pay marginal rates (currently running 38%) that are much higher than tax rates on lower earners. If exclusions came down, marginal rates probably should too.
Posted by ModeratePoli at 4:01 PM