I just wasted time refuting another birther who says the long form Obama birth certificate is a forgery. To prevent the effort from being a total waste, I'm saving the links to the expert information. This investigator printed out a copy of the birth certificate (so a piece of paper with ink on it), scanned it, looked at the resulting PDF using Adobe Illustrator, and found layers! You can get layers from a regular scanned document.

This investigator looks very closely at the various bits in Adobe, and does a great job explaining why some text is on one layer while other text is on a different layer. It's due to optimization of the image in order to compress the size of the file. Some text is flat black, other is gray scale. Thank God a program makes the decision and it doesn't require human oversight. Otherwise, the decisions would drive us crazy (just like a birther). 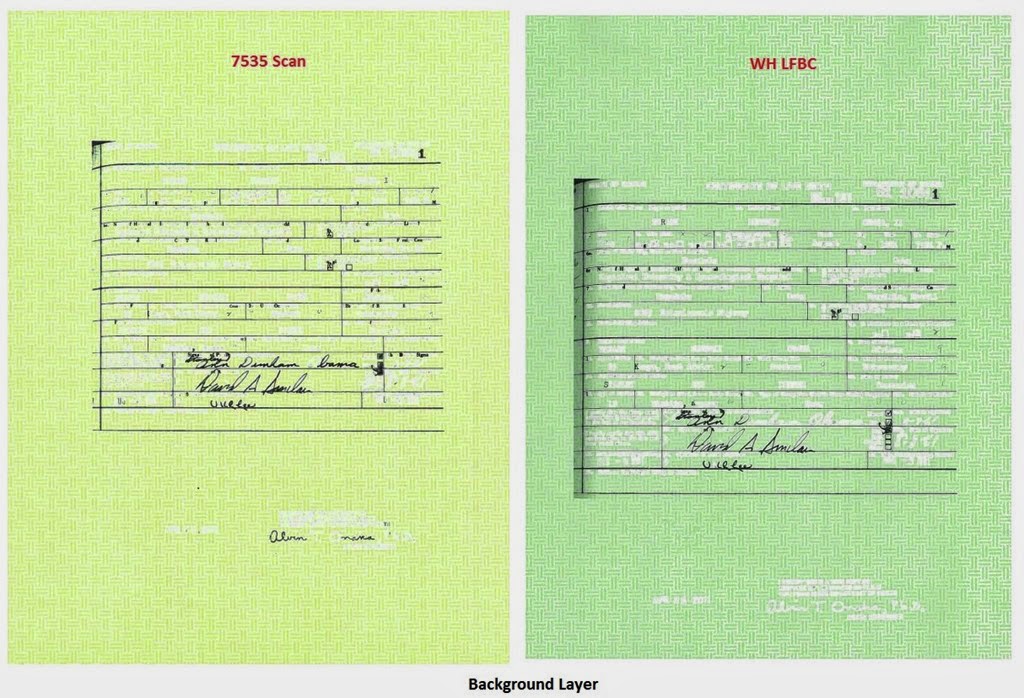 Update 1/7/18. I'm still having arguments with annoying birthers. One today claimed that the phone call with Obama's elderly step-grandmother was believable evidence that Obama was born in Kenya. No, not at all. A long distance phone call to an elderly woman with a translator involved and a carnival atmosphere, with others immediately correcting her statement (via translator). No followup clarifying what she said. That is so incredibly weak. Here's a report.

Update 1/11/18. In researching info to refute the latest annoying birther (who was so uninformed that he didn't know of the long form certificate), I found this interesting compendium of birther lore. Sure there are some of the common debunked objections. There's also a comparison of Obama's birth certificate versus the birth certificates of twin girls born a day later at the same hospital. But the real gem is located further down the document, where it's revealed that DARPA and the CIA have time travel abilities, and contact presidents in advance of their election.
Posted by ModeratePoli at 5:33 PM