Ta-Nehisi Coates had a long article on reparations back in May. It caused a lot of buzz and consternation, but only for a short time, and mostly among liberals/progressives or whatever the correct term is now.

That's absolutely true. There won't be any reparations paid anytime in the foreseeable future, or probably ever. However, it did drum up a lot of conversation. And people didn't just talk about slavery and Jim Crow--they talked about redlining and segregated housing, two issues that are a lot closer in time than slavery or Jim Crow. It got people thinking about how poorly civil rights were protected as recently as the 60's and 70's and maybe even more recently. That's a good reminder and a good history lesson. It got people asking whether we still have too much segregation--definitely a worthwhile conversation.

So I may not want to pay reparations, but I sure know that there is much to atone for. Are we really to the point that we've done all the changing we need to? Are we in a colorblind era where people are judged only on the content of their character? Not yet.

It's good to get a reminder so that we keep moving forward and don't slip back. 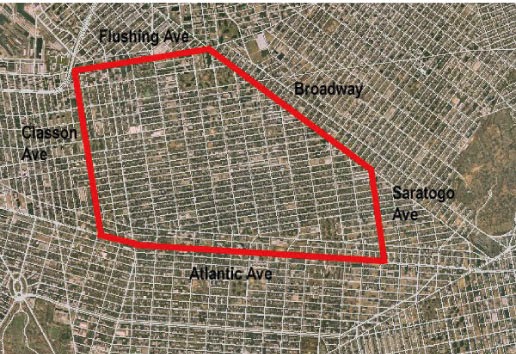 Extras. Critique by another black columnist--this view isn't productive, so let's stick with what is more likely to be. Conor Freidersdorf's column with a block of good comments including this scathing insight:


"Coates' socialist instincts prevents him from examining the issue of legal plunder without more legal plunder."


"You make the case that your people has been brutalized and stolen from and raped and murdered with impunity. That case motivates the determination to rise up and prove your collective manhood by throwing the foreigner out of power. Depending on the circumstances, that might mean expelling an occupier, ... or carving one’s own state out from larger structure..."

This is the closest to my thinking. The best reparation is creating a country that is fair and the way you want it to be--not a payoff from the government.
Posted by ModeratePoli at 12:53 PM

For some reason, people get stuck with some dollar amount when talking of reparations. I wish this would stop, because that is what shuts the conversation down.

How about free preschool instead!! If you want to undo the long term social consequences Blacks have dealt with, preschool is where that starts. I am not really.
kidding.

So how do we get people tostop seeing dollar signs.

@ready, I'm not sure that free preschool will do wonders. The benefits of Head Start dwindled to nothing by grade 3. If there's going to be enrichment in education, it needs to universal and ongoing, not just preschool. Link

I don't think you checked out my link. I haven't listened for a while but it addresses your study. The HHS study is seen the best study of its kind on the subject but that does not mean it is a good study. Link

There are also a number of studies that disagree with the hhs report (of course).

Here is the kicker, I don't care about "universal." Trying to get universal curriculum preschool is a nonstarter. You are smart enough to here the conservative "indoctrination" arguments already. If you understand why preschool is beneficial then you understand that the curriculum is not as important as people think.

I encourage you look at preschool more, not only as a proposed solution but a WORKABLE solution. It is cheap and can be run locally. Case for preschool

@get, yes, I'm busted. I made the mistake of believing the skewed story from a conservative think tank, which was backed up when I skimmed the HHS executive summary. Whoever wrote that executive summary doesn't really know how to summarize. So, I was wrong. It looks like there is good evidence of the efficacy of preschool.

Thanks for the link to the Waahington Post, where they did get to the crux of the findings.

@get, Thanks also for your persistence in following up and pushing the data. I'm glad you didn't give up on me.

hey, thanks for being open enough to an different opinion.