So at least two nurses caught Ebola from the Liberian patient cared for in Dallas. What does that tell us?

We already knew that cautious, well-trained American professionals could contract the disease because it happened with the American missionaries, including a doctor. Many African medical professionals have caught and died of Ebola too.


The right way to handle it

In contrast, three Ebola patients have been cared for at Emory University Hospital without a transmission. What does that tell us? That Emory knows how to handle this disease better than the Dallas hospital does. There must be important differences in how the personnel gown or perform tasks, and Emory does it in a superior way. So learn from Emory.

Also, it makes sense for current and future Ebola patients to go the Emory for treatment rather than have the treatment administered at a lesser hospital. We didn't know this beforehand, but we shouldn't be surprised. We did get a warning from African hospitals that were trying hard to prevent transmissions, but still failed. We had another warning from the Spanish nurse who caught the disease.

Luckily, the medical administrators (whoever they are) see the evidence too. One of the Dallas nurses has been flown to Emory. The other is quite healthy and was staying in isolation at the Dallas hospital, but has just been transferred to Maryland. Since she remains well, she probably doesn't require extensive care with lots of handling of bodily fluids. There's little chance that she'll infect someone else.

There's more luck too. Among the exposed civilians in Dallas, there are no reports of any developing the disease... so far. What a relief.


No abundance of caution

Another thing we learned is that the Dallas hospital wasn't careful enough. They didn't wear higher level protection gowns for the first two days of isolation despite the high chance that the patient had Ebola. They had a large number of staff caring for the patient instead of a small dedicated team. They didn't provide housing for this dedicated staff, who mingled with family. The second infected nurse even flew to Ohio and back again.

The Dallas hospital acted was though their precautions were 100% fail safe. That was an incorrect assumption and a stupid risk to take. A smarter approach would have been to limit the number of people exposed and limit their contacts with others. Finally the Dallas hospital is doing this. This precaution should have been implemented at the beginning. But at least they're learning instead of being in denial.

We still have to wait to see what happens with the exposed people in Dallas. Now we have to wait even longer to find out whether any relatives or fellow travelers caught Ebola from the second nurse. Those later exposures should never have happened. Instead of finding out around Oct. 19 whether we face a larger epidemic, we won't know until after Nov. 4. We didn't need this extra stress. 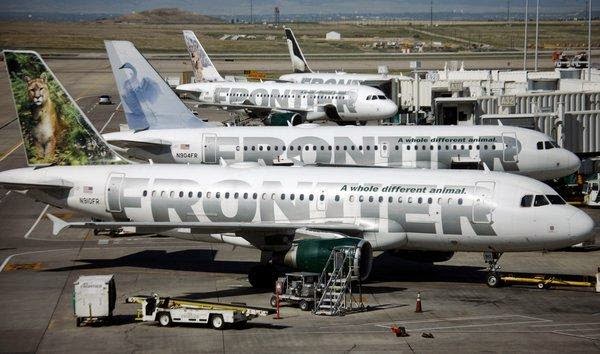 Extra. Read about and marvel at the facilities at Emory. Only three definite cases of Ebola have been imported to other countries (Nigeria, Senegal, and the US). Nigeria had the worst situation, but they have stopped the spread and ended the crisis. It never spread in Senegal. We'll have to see what happens here in the US, and also what happens elsewhere. Our response needs to be based on evidence and reasonable caution, not panic.
Posted by ModeratePoli at 1:31 AM