Americans like fairly regular change in presidential party. Since FDR, no party has held the presidency for more than 12 continuous years. More commonly it's been 8 years. That means the Democrats are due to lose the presidency in 2016.

Will it actually play out that way? I haven't thought it would. The GOP have been so terrible at laying out their policies that people have rejected them for the presidential spot. They've been fuzzy on the details, and used euphemism like "premium support." Their radical wing is either fuzzier (by calling for America to return to common sense and/or the Constitution) or scarier (like calling for the end of the EPA, Social Security, anti-discrimination laws, and any monetary policy at all.) I've tended to think that this makes the GOP unelectable nationally. The 2012 election seemed to bear this out, when a vulnerable president won reelection despite a limp recovery.

However, there's a powerful school of thought that the candidates and even the platforms make no difference. Who wins and loses is based on the "fundamentals." And these fundamentals aren't even all that complex:
Based on the fundamentals, Hillary Clinton might be in trouble. Obama's popularity is dropping and will weigh her down, according to the fundamentals school. The economy will probably not surge in 2016 to help her out.

Those issues, along with the fatigue with the party in the White House, should doom Hillary or whoever the Democratic nominee is. So I worry.

On the other hand, I have a hard time foreseeing any success for the party of:
I still think Hillary will win because the GOP will shoot themselves in the foot, the face, the ass, or all three. The 2016 election may demonstrate the limits of the fundamentals model. The model may need an escape clause for insanity. 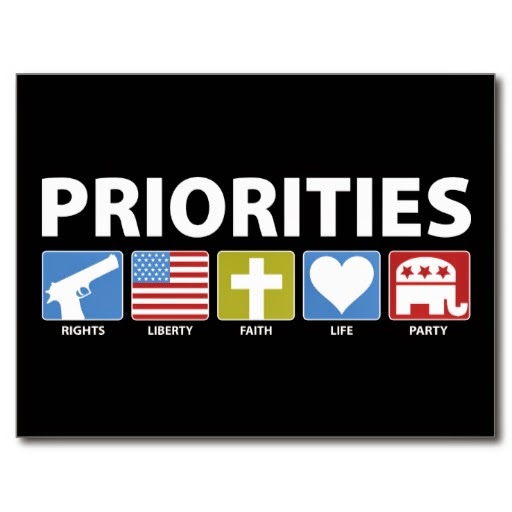 Extras. Nate Silver doesn't think much of the fundamentals model.
Posted by ModeratePoli at 9:26 PM