The results of this election, with Obama reelected and more Dems in the Senate, point to a harder line by the Dems against spending cuts. This is regrettable, because our government has grown too large, spending too high a percentage of our GDP and crowding out other parts of the economy.

Sometimes the electorate shows its displeasure by voting in a government that will cut expenditures. That happened in Massachusetts when we passed a 2.5% cap on property tax increases (Prop 2 1/2). However, on a national level, it's never worked--the spending cuts have never materialized.

We need spending cuts more than ever, but the GOP, the side that pushed hardest (if only recently) is weakened by this election. Spending cuts will be more anemic because of this. I'm noting this likelihood, not bemoaning it. Government almost always misses the perfect balance, and the outcomes if the Republicans won a sweep would probably have been worse.

So this new government won't be great on spending cuts. I hope they do enough. If not, I hope the public forces them to do more. I'm expecting to be disappointed, but preferably not so disappointed that I think we should have gone with the Republicans this time.

We'll see. I've known that adjusting the budget wasn't going to happen in one iteration, but will evolve over many cycles. I hope to see a strong start to entitlement reform and trimming the scope of government. But more than that, I'm glad that we won't be seeing the Bush tax cuts made permanent.

It's too bad that we have to settle for such mediocre results from our government, but that seems to be the price of democracy. 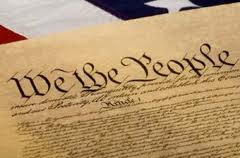