I've written a lot about the election, the proposals of the candidates, and their histories. I don't have any final words on those topics in the last two days before the election. Instead, I'm reflecting on what I don't know.

I don't really know how this election will turn out. It looks like a squeaker, with an edge to Obama. But maybe Obama will have a comfortable margin, or maybe Romney will squeak through. Maybe the polls are worthless. I'm ready for almost anything because I don't have a sense of certainty about any of this, other than I expect a pretty large turnout.

Mostly, I will be asking questions and looking for answers: 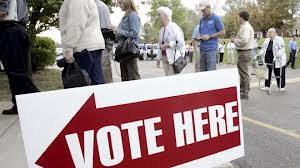 Much more important than my words.
Image: foxnews.com

Note: I still have my heavy and inflexible work assignment, so I won't be posting until sometime on Wednesday at the earliest.

Update 20 minutes later. I'm also glad that the campaigns are getting a little gentler at the end, rather than shooting off the nuclear warheads. That's how I can tell Gingrich isn't running.
Posted by ModeratePoli at 1:08 PM

My prediction, O MP, is that Nate Silver will solidify his stature as the most reliable and reasonable analyst and predictor of national elections. There's no emotion in it, just math. Naturally, people hate math (I assume you don't, MP) and far prefer a narrative story. That's certainly true about the media.

Nate's primary bone to pick with the rest of the pundits and, in particular MSM, is that they INSIST on using terms like "toss-up" to describe the election when that is hardly the true. I agree with Nate S. Perhaps he and I BOTH would accept "to close to call", since 'call' implies stating the final result. It's dramatic -- which MSM likes -- but hardly the same as a toss up. Nate statistically sizes up the polls and other relevant data to declare as of today (11/5) that President Obama is roughly a 7-1 favorite to win re-election. Most of Romney's chance of still winning is that the polls are wrong, or rather Romney will do better than polling indicates. If the polls are right, Romney cannot win without an absolute fluke, but that's so unlikely as to make for a lousy narrative.

7-1 is not impossible, just highly unlikely. That's the odds that all the pollsters are wrong, and that the average of the pollsters is also wrong. Frankly, I think he's giving that narrative too much leeway, but he's just applying the math on that as well. (I'd argue that polling is both better and more robust and diverse than his model allows, but I digress.)

I expect the media on election night to QUICKLY call states that Romney leads by small margins -- say, NC and FL -- and wait to call states where Obama leads by similar or larger small margins -- like OH or PA, just to keep the audience interested. Ohio in particular is the key, so once they call that we'll know who wins. After that, the narrative will have no impact and they'll call it straight from then on.

MSM has shown themselves as unreliable on reporting the truth if an interesting narrative can replace it. But the early vote is already in and those numbers -- reflecting a very large sample size -- reveal that President Obama will win re-election, albeit by a much smaller margin than he won by last time. That's not nearly as good a story, but it happens to be the truth.

@Anon, I don't love math, but it sure is a handy tool.

I don't know whether to trust the polls or not. My gut reaction is that polls don't capture what is happening--that they are becoming less reliable. But I also hope that's not true because then that's a loss of a helpful tool in a confusing world.

As for the media circus, I can't stay up to watch much of it due to my inflexible schedule. With a little pharmacological help, I'll be sleeping like a baby when (if?) they call Ohio.

By his last prediction, Nate Silver had President Obama as a 10-1 favorite, which is all but s sure thing since it is not a random set of events. The pollsters, in general were right, except for the Right-infused types like Rasmussen and ARG (and Gallup, which wass just working from bad assumptions) and Nate's math was right.

Further, the late deciders went more for Obama, not Romney, in opposition to the gospel preached on FOX NEWS. So Nate predictions were too conservative about Obama's late surge. Obama overperformed his last poll average in most swing states and nationally.

On this last stat, it's important to note that there are at least 4 million votes uncounted in California, 1 million in NY, 400K in Ohio, which will like result in Obama added another million votes to his current 3 million vote lead and resulting in a 3.5% victory, not a 2% victory as most MSM reports it. That's a big difference. It's already 2.5% -- which is more than Bush v. Kerry in 2004 -- and impacts the notion of mandate or not.

Naturally, the GOP wants to freeze the narrative where is was election night because the facts just get worse and worse for them. And MSM seems to be playing along because it, once again, makes for a better story. But the vote counting continues and President Obama is right to claim a mandate because Bush did in 2004 with a much smaller victory.

BTW -- even if you don't love math, the key is not hating it.