As I said before, the GOP had much more to explain or spin away with this election. That doesn't mean that the Dems don't have some of their own spin. Nonetheless, I haven't seen a lot of Democratic crowing and breast-beating. Even Pelosi is equivocal. On the one hand, she won't accept a tax plan without a rate increase for the wealthy. On the other hand, she says "it's my role to go to the table with some ideas, to be receptive to what we can come to agreement on." That sounds plenty flexible to me.

Bottom line - I didn't find a Dem leader who had an inviolable list of must-haves. So if Dems aren't claiming a mandate for specific policies, what is their reaction to their win? Please help me suss this out by sending examples.

To get you started, these are from Kevin Drum of Mother Jones:


This was not a historic vindication of liberalism, and it doesn't mean that we can suddenly decide that demography will sweep us to victory for the next couple of decades. The plain truth is that although an increasing number of voters are turned off by what Republicans represent, that doesn't mean they've become lefty converts.--11/7/12

But if Obama spends his next four years presiding over nothing more than the implementation of laws already passed, ... then Democrats will look pretty good in 2016... It could be that doing nothing is about the best strategy the party could follow.-- later on 11/7/12 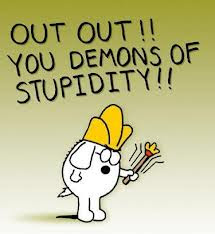 It worked for the Dems.
Image: firstfriday.wordpress.com

Posted by ModeratePoli at 5:37 PM

The simple fact is we aren't spending as much as it looks; only the deficits due to gross undertaxation (again for partisan political gain) make it look that way. Take away the wars and the tax cuts and our fiscal house would have been in order.