The Atlantic Wire had a neat summary of the negotiation offers, and I think I'll steal the idea. It'll be fascinating to see the evolution of the offers through these summaries. Here goes:

The first partially serious offer is Boehner's on 12/3. By the way, Boehner's new revenue would come only from high earners, according to the Washington Post. Look for more box score updates! 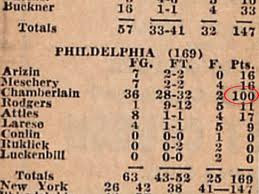 How do you know Boehner's new revenue will come only from high earners if he hasn't specified which deductions would be eliminated?

That's a rhetorical question, by the way. You can't.

@John, it's not actually a rhetorical question. It's something that can be checked when the legislation is being negotiated and especially when it's being written. As I comment elsewhere, the Dems and GOP are going to watch the process very carefully to make sure they get what they agreed to. Some of the GOP felt scammed in the April 2011 agreements, so now the brains in Congress are paying close attention.

Frankly, if Boehner makes the claim that the money will come from high earners, that's good. It's something to hold him to.

The excuse "you can't be sure" isn't a legitimate reason to avoid the negotiations. They have finally started and I hope they don't stall.