Is the US conservative universe collapsing? There are certainly a lot of odd tremors:
I'm not predicting the end of US conservative or any such nonsense, but there appears to be increased seismic activity. I expect a major shake-up, and I can't see the hard-liners, no-compromise guys winning. However, they may put on one hell of a show while they're going down. 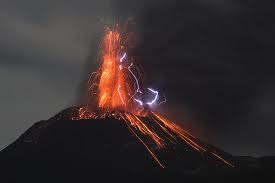 Extra: More great images here, but too much for this post.

Same day update. Oops, I forgot about Dick Armey leaving FreedomWorks in a huff. FreedomWorks had a major role in training conservatives in grassroots organizing, though it wasn't in on the very beginning of the Tea Party.

Update 12/6/12. Jim DeMint is leaving the Senate and going to the Heritage Foundation where he hopes to be more successful at conservative messaging. Or maybe he's tired of being in the minority and all that blasted compromising that has to be done.
Posted by ModeratePoli at 2:07 PM

The big question is: will the GOP splinter now?

In effect, they already have. The Dems are united for now and have claimed a majority of the electoral middle. The GOP, however, has two clear factions: corporate-lawyer stooges and tea-party bomb-throwers. It was always a contentious union, glossed over by hatred of all things Dem and, particulary, Kenya-born Barack Hussein Obama.

The union is now fractured because there's no point in continuing to hate Obama, per the corp types. The appropriate lawyerly strategy is to settle and get the best deal you can, and fight it out another day in another way. But for the bomb-throwers, they want to continue litigating, but with the corp-type's money and dwindling reputations. I foresee a political divorce, but who gets the kids? (The corps will keep the money.)

The other question is whether the tea-party will drag the GOP to the party's ultimate demise as a national electoral force, or marginalize the teabaggers who ran on their ticket by making deals with the Democrats to preserve the teabaggers will never accept in order to save the party for the corps long-term interests.

Normally, that's what they would do in the GOP, but with Paul Ryan waiting in the wings to become the new leader, and could replace Boehner if he gives caves, I suspect that it's too late for that. There are too many bomb-throwers and Paul Ryan can be their leader and golden boy for now until 2016, when they will nominate him for President. Hence, I think the battle will continue for another four years at least, and the future of the GOP nationally remains an open question.

@Anon, you have some fearless prognostications there. I don't know yet whether the GOP is so fractured that they can't make a deal on taxes. We'll see in a few weeks.

By the way, I welcome your comments on my classification of the different GOP factions.