"You really should take Simpson-Bowles"

During the campaign, the GOP complained that Obama really should have supported Simpson-Bowles deficit reduction report. They made this earnest suggestion while not supporting S-B themselves, but it was just perfect for the Dems.

Of course it's chutzpah to tell your opponents what positions they should take, but not really surprising. Simpson-Bowles is the ugly girl with a great personality and much more good sense than all the boys and girls combined. Someone should be bringing her to the senior prom negotiating table, but not ME. She's just not right for me, because I need a girl with lower revenue requirements than 21% of GDP and a real overhaul of Medicare. Besides, if I bring Simpson-Bowles as an opening at negotiations, the end point is going to be much worse than S-B when negotiations are finished. [Odd that this problem wasn't on the radar when various GOPers remarked that Obama should have embraced S-B.]

A few conservatives, such as this editor at Town Hall, are bucking this logic and pushing for the GOP to make S-B as their first serious offer. Currently, that's the outsider's position because the leadership isn't close to doing that.They're still in the faux outrage phase, "flabbergasted" that Obama as victor is less conciliatory than he was in August '11 or during the debates.

Well, it looks like no one will take the sensible ugly girl to the prom. Instead, they'll be acting like adolescents, jumping off the fiscal cliffs, maybe shutting down government over debt ceiling increases, and trying the make hay with whatever opportunities they have.

When it comes to the end of the Bush tax cuts, the truth is that no one has to do anything. They fade into the sunset all on their own. Each side will blame the other--"We wanted to save them, but those other scoundrels just wouldn't cooperate"--but neither will sacrifice a high card to prevent the tax rises. They will, however, try like hell to pin the blame on the other guys.

The next real choke point will when we hit the debt ceiling in March, but there is also the funding bills for the government which will start in the spring, if I remember correctly from 2011. Maybe some smart young senator or Congressman will ask Simpson-Bowles to one of those lovely events. Maybe she'll be the date for the entire Gang of Six, and she'll finally achieve the popularity she deserves. 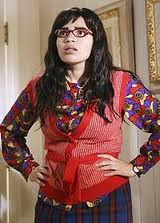 MP = Boehner just did most of what you asked. He put his stake down on on a plan "based on a proposal former Clinton administration official Erskine Bowels made before the super committee last year"

Boehner's offer is more serious than the GOP previous offer or Obama's current offer. So it's the first serious offer, so kudos to him.

There is a major weakness (so far), which that the revenue target has no analysis to support the promise to raise $800 billion more. I think the spending cuts are very sketchy right now too.

I certainly hope that there will be real negotiations on spending cuts. Somehow, the relative realism of the Dems has worn off since the election (boy, I should've seen that coming). But never fear, since the GOP still has leverage in debt ceiling negotiations early next year even if they don't have leverage over the end of the Bush tax cuts.

That's one reason I'm very happy that the Dems didn't sweep the House. An all-Dem or all-GOP solution is likely to be much weaker, having a fair admixture of dogma/wishful thinking.

MP - I have hope that the debt ceiling issue will force even more serious action as well. But, we both know that any such effort will be portrayed as reckless and mean-spirited. While the reality is that doing what we've always done is truly what is reckless.

I think the important point to remember about Boehner's offer of $800 billion is that is is some trillion dollars plus or minus less than doing nothing (ie, letting all the 2001/2003 and payroll cuts expire).

@truth,
"some trillion dollars plus or minus"

Whoa. I don't usually think of a trillion dollars as a throw-away plus or minus.

One important issue on the taxes is that this may be the only negotiation on tax rates. I don't think the GOP will negotiate any revenue increases except in these negotiations. This is the one chance the Dems have to increase tax rates for high-income folks or anyone. That's probably why they want a rate increase. They'll never get one otherwise, and the extra percentage points are chips they can hold onto or trade in the future.

The GOP has every right to feel the same way about spending cuts that they extract from the Dems. It's done with great difficulty, so they do their best to get those concessions now, not later.

MP - that was my point about the $800 billion, that is almost a trillion off of Obama's number and also the effect of doing nothing. Which means, to me, that doing nothing may still be the best outcome - notwithstanding a serious offer by Boehner.

Although I am not at all close to his thinking, I can say that the Boehner I knew from 2000 to 2006 would probably not have made a bluff offer that he expected to have to walk back if his own party didn't go along. Especially after the 2011 debt ceiling debate. If he's made the offer, he thinks he can pass it.

It's good to hear that, from your experience, Boehner's offer is serious and possible. I would have guessed that, but not based on the insider knowledge you have.

@truth, do you have a blog or a site where you comment frequently? I'd like to read more of your views.

MP - I sometimes comment at the Fold Blog: http://www.thefoldblog.com/ using the same user name. Chris, who runs the site, has given me 'staph' rights. Although I will often go months without saying a word.

Otherwise, these days I mostly spend whatever writing time I have on financial / economic centered sites. Political ones are often too frustrating for me, especially close to elections. With the economic ones, I try to listen more than talk since I don't have any insider knowledge to set me apart from what anyone else thinks or has to say. While I use a different user name there, I do read zerohedge.com for a look what those who think we are doomed are saying. I will say that my understanding of very complicated instruments has benefited from this, if not my natural optimism.