The success of concealed-carry laws

In light of the mass shooting at Sandy Hook elementary school in Connecticut, many have been discussing a particular solution to the problem of these kinds of shootings. It's the idea that if we had many more people carry concealed guns, we would be safer for two reasons:
However, opponents counter with these disadvantages:
I researched these issues, not exhaustively, but looking for clear evidence for or against concealed carry. What I found was that concealed carry doesn't cause excessive problems. The data is equivocal. In general, crime has been decreasing, whether new concealed-carry laws are enacted or not. There's no clear trend that concealed-carry deters crime (link pp.80-83), but it definitely doesn't seem to increase it.

In most states, a permit to carry a concealed weapon isn't simple to obtain. For example, Colorado has this long list of requirements: fingerprint check, background check, no restraining orders, no chronic alcohol or drug abuse, certificate of firearms training. That sounds like a list that would weed out most of those who shouldn't be carrying around guns.

Even organizations that are against concealed-carry provide data showing that it is relatively rare that people with concealed-carry permits commit crimes. From May 2007 to December 2012, 499 people have been killed by assailants who had concealed carry permits. Compare this to the total number of homicides over the same period, which I estimate to be 83,500 (extrapolating from FBI statistics). That is roughly 0.6% homicides from a population (roughly 8 million) that is 2.6% of the US population.

This doesn't mean that concealed-carry laws are without problems. Florida has accelerated the permitting process and also passed "Stand-your-ground" laws that may be contributing to unwarranted, indefensible shootings. That is why I support more stringent requirements like those of Colorado.

Are there any benefits from concealed weapons? Yes. On at least a few occasions, people with concealed weapons have ended shooting rampages. This is in addition to the many times when those carrying have defended themselves or prevented attacks. 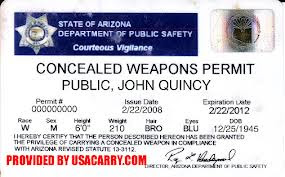 Review of advantages/disadvantages of concealed-carry:
Other interesting links:

Posted by ModeratePoli at 3:26 PM

MP - Thanks for sharing your research on this. I’d add that, even in Florida, it’s extremely uncommon for gun crimes to be committed by concealed carriers. Of the 1,825,143 permits issued (as of 2010), only 168 were revoked because the individual used a gun in a crime. But I agree that there may be problems with “stand your ground.”

The problem with more restrictive gun control is that it can discriminate against people who are otherwise competent and honest. In Massachusetts your local Police Chief has complete discretion over whether to give you anything more than an FID card (which allows for possession of mace and low-capacity long guns only). You can be denied for any reason or no reason at all, and you don’t need to be told why. The police chiefs in our cities are the most restrictive of concealed carry permits -- since cities are disproportionately composed of people who are poor, minorities, disabled or elderly, the system has a discriminatory effect. I don’t think many gun control advocates are racist, but their policies continue a legacy of using the state to protect society from those who are considered undesirables. It’s not so different from the war on drugs and alcohol prohibition before that.

Of course, people in cities still arm themselves, it’s just done illegally. And it’s not always the people you’d most expect. This Reason magazine article cites some interesting statistics that point to the magnitude of the problem: http://reason.com/archives/2012/12/22/gun-restrictions-have-always-bred-defian