Short: Tax increases for everyone!

Here's a good article outlining why the GOP should let the country go over the fiscal cliff. This is the reason in one sentence:


"Republicans will never be able to build a political case for less spending if most Americans are insulated from the cost of that spending."

That's a very "tough love" approach, and maybe it's the right one. I've been thinking about political gamesmanship and leverage, but this is first principles. If people want it, they should pay for it.

Of course the article makes it sound like Obama invented deficit spending. It doesn't mention Bush cooking the books, keeping wars off-budget, or anything like that. However, the article points out that extending the Bush tax cuts was a terrible thing to do in 2010, and maybe it handed the election to Obama.

Perhaps I should check whether the author, Avik Roy, told Romney that extending the Bush tax cuts is a terrible idea. Hold on a minute...

Well, no, he didn't suggest this until  Dec. 22. In fact, during the GOP convention, Roy wrote that the GOP wasn't wrong to resist tax increases, but deserves "a meaningful proportion of the blame for the fiscal situation that Obama inherited and then made worse."

This is another lesson that everyone wants tax cuts on their watch, and no one wants to be the grinch or deliver the bill. However, it also makes me want to go over the fiscal cliff in order to find out if people are really willing to pay the full cost of government. I want to know that! 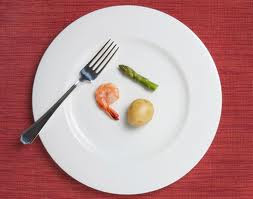 How much government do I really want?
Image: mollygalbraith.com

Postscript. Of course, there may be some important reasons not to go over the cliff, like we really don't need to push our economy into another recession quite yet. Let's think about the greater good, not just partisan advantage, OK? Do I know the best course. Uh... no. So maybe it's best to be cautious. A bit of a cliff now, and more later this year if we don't have a tummy ache recession.
Posted by ModeratePoli at 12:46 AM