So two days into the government shutdown, where are we? The GOP still seems to be scrambling around for a plan, but perhaps there are glimmers of one. Robert Costa, reporter for National Review, seems to have the best inside information. I've been reading his tweets since about 10pm on 9/30/13, and it's interesting. He seemed to learn very quickly what the House leadership's next move would be, like the ridiculous call for a conference committee to work out a deal in, oh, 1 hour.

So this morning, Costa tweets that Paul Ryan is going to try for a combo dealing covering both funding and debt limit, that will be "fiscal." What does that mean? My guess is that negotiations will focus on budget issues, particularly spending cuts to lower the deficit. Delaying or defunding Obamacare won't be the focus.

But wait. Early this afternoon, Costa tweets that the leadership will follow the Cruz strategy of funding everything piecemeal--probably everything except Obamacare and the EPA.

Nope, that didn't last. Mid-afternoon, Costa is tweeting again about Ryan being the lead bargainer on a grand deal. Again, there's nothing about Obamacare in this.

Does the conservative press know about this? I checked HotAir. They're referring to Costa and Politico, and speculating that maybe Ryan can pressure the Dems on Obamacare, or maybe he'll go for a more "traditional" fiscal deal. Meaning--like the sequester, which didn't touch Obamacare.

At Breitbart, a no-name columnist wants to keep the Cruz plan, but it's not a forward-looking column about what could or will happen in the next few weeks--so no plan there. TownHall, NewsMax, nothing on the Tea Party plan. Only at RedState, Erickson wants go back to defunding Obamacare and threatening any non-compliant Republicans with oblivion. It will work!!!!!!

What are the Dems doing? Waiting for the Republicans to sew themselves together into a semblance of a political force and make their next proposal, which hopefully will make more sense and last longer than the three four throw-away GOP proposals of Shutdown Eve. 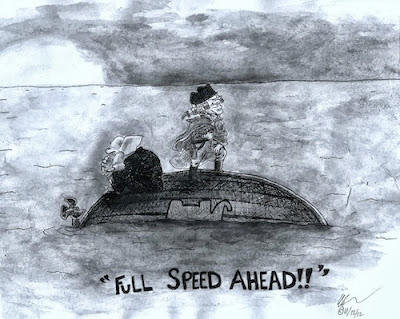 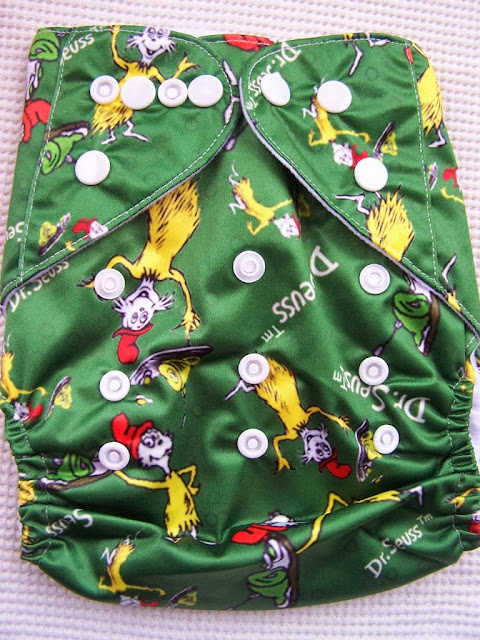 Posted by ModeratePoli at 9:30 PM

If you get a chance, check out the video of Rep. Nunez (R - CA) on CNN at 11pm last night. He said that about 30 GOP Congressmen have hijacked the party and as a result the other 200 have no choice but to go along with them or the GOP will not be the de facto majority. That's paraphrasing him, but the CNN reporters didn't seem to catch on to what he was saying and implying.

The GOP in the House knows that they cannot survive this unless they stay together no matter how bad it gets. If they don't they splinter and then they will lose all leverage on everything leading up to 2014 and 2016 since they will need Dem votes to pass any bill. So the Hastert rule no longer applies!! Instead, you have the Cruz Rule which is the winning margin MUST come solely from Republicans so that the Dems are completely out of it. Anything else is a capitulation to Obama.

Nearly all Republicans now accept this as better than the alternative, but now they have no way out and the Dems know it. While there will be some pressure on the Dems to give the GOP a graceful exit, they would be foolish to do so and they know the GOP would never do the same for them. The GOP opted for winner-take-all politics and now Obama is going to dole out some comeuppance. The media will continue to say blame is split, the sides will point fingers, but most of the country knows the Republicans are responsible for this since they hate Obama and the government, and they are the ones taking hostages and making demands.

There will be no change in the situation until the debt-ceiling becomes an urgent consideration, but that will put even more pressure on the GOP to act without conditions. I, for one, will be very disappointed if the Republicans get anything from this misadventure, although I'm sure that when they do fold they will claim some sort of hollow victory anyway: "We brought attention to the disastrous impact of Obamacare!!"