Will the GOP finally stand up to the Tea Party?

I don't know. This was a big debacle for the GOP because they followed the Tea Party's preferred strategy. However, it's going to be hard to prove the Tea Party was wrong to the Tea Party adherents. They've set up a test that works like this:
That's not an argument you can disprove without getting theoretical and talking about the necessity of falsifiable hypotheses, and the theory of proof, and ... DO YOU THINK THE TEA PARTY CARES ABOUT THAT INTELLECTUAL STUFF? NO, THEY JUST GOT THEIR NEW TALKING POINTS FROM HERITAGE. (Ok, not Heritage, but one of those other Tea Partyish groups.)

So the Tea Party will never concede that its strategy was wrong or that its policy goals are wrong. But now, as I write this post, the GOP establishment is in the very process of folding. The Senate will vote on the Reid-McConnell short term compromise to raise the debt ceiling and end the government shutdown.

What will the relationship between the GOP and the Tea Party be after this vote? Tea Party and very conservative pressure groups like RedState, Club for Growth, Heritage, and FreedomWorks have warned Republicans not to support the CR/debt ceiling increase. The Tea Party isn't relenting.

That leaves the decision of how to respond to the GOP establishment. The votes may tell us something. If many GOP senators and representatives support the bill, they will show that they're rebuking the TP strategy. Furthermore, if these Republicans actively engage in the negotiations scheduled for the next two months, that is completely counter the TP game plan. That is what I'd like to see--the mainstream GOP following a different strategy from the Tea Party, a strategy that is pragmatic and based on what can be accomplished and what the majority of the electorate supports.

As I wrote above, I don't know if the GOP is going to stand up to the Tea Party, but I certainly hope they do. It will be good for the country... and fun to watch! 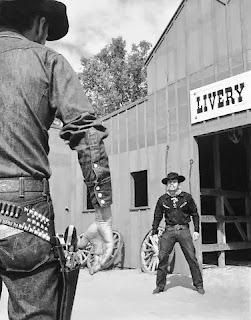 Posted by ModeratePoli at 8:34 PM