The Greek tragedy of the GOP in tweets

I'm not gloating over the disarray for the Republicans. Hardly, since I value them as a counterweight to the excesses of the Dems. So I'm deeply saddened by how the GOP have tripped themselves up, and made poor choices one after another. Well, to be honest, I've had moments of schadenfruede watching stupid posturing crash and burn, but the lesson overall is a sad one.

The tweets of Robert Costa capture this poetically. Start with this one from 10/12/13 at 11:01am and continuing reading:


"GOP sens very worried that the longer this stretches on, hour by hour, and poll #s sink, Schumer & Co will push for more R concessions" [which is happening today 10/13/13]

"I was surprised to hear how many Senate R power brokers are furious w/ Boehner's posture at conf today, think he's not being frank w/ membrs"

"another notable convo in Sen this morn: Rs warning Schumer, Ds that if they truly break Boehner here, possibility for any big leg[islation] fades..."

"So [Boehner]'s stuck. No "out" that can win big House R supprt, pass Sen; if Sen plan comes to H floor, it'd get D maj, but few Rs, break his gavel"

"There is a growing acceptance in Hill GOP that regardless of how this ends, it'll end badly, and Rs who back it will be blamed for caving"

"in short, growing # of Rs could care less about a con$ervative group's threats about not being Cruz-esque/CR warrior when BCA '11 at risk" [BCA = Budget Control Act aka sequester]

There is no need for me to comment. These tweets say it all. 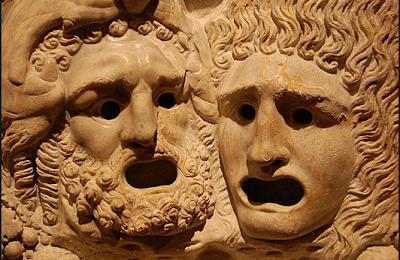 Posted by ModeratePoli at 3:22 PM