Well, yes, but only a tiny bit. The twitter feed from Robert Costa today is about both the Dems and the Senate GOP hardening their positions, so there's plenty to feed the jitters. But I'm not jittery because:
I won't belabor my case. Most likely a continuing resolution and debt limit increase will pass on or before Oct. 18. It's about the same likelihood as me being around to see it, which is very high unless a meteorite has my name on it. No worries. 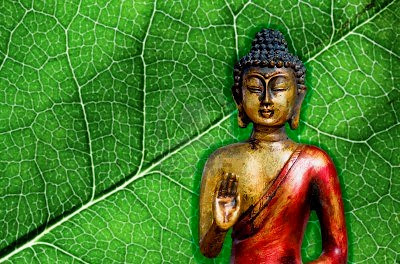 Posted by ModeratePoli at 10:56 PM

The Dem's "position" is a realignment of sequester cuts along its priorities -- keep Defense cuts and protect social programs, and trade GOP acceptance of additional revenues for tweaks to SS and Medicare primarily impacting wealthy seniors, among other things.

Collins' proposal is to practically embed in stone the Dem concession, then add a couple of high-PR values Dem concessions to re-open the government and avoid default. What exactly is the GOP conceding? Please answer.

And the House GOP will simply demand more concessions, no matter what Senate Republicans agree to (in fact, I think it's a coordinated good-cop bad-cop tactic), since they are immune to pressure.

The current stand-off is all about leverage the GOP want to exert for its priorities which they could not win in the last election. The Dems should have the leverage and use it to force the GOP to give in on its agenda. Public polling and just good sense bears out that strategy.

Clean C.R. and Clean DLI, then we can talk about everything else with the natural leverage each side would have in fair negotiations: Dems slightly stronger due to winning the last election. That situation, of course, in unacceptable to the GOP.

@dangerous, The 2010 election was a large shift, and the 2012 election didn't have nearly as significant a change. I think the message was, don't do the whole GOP program, but keep on part of it.

As I've said before, I don't think the Dems can run on tax-and-spend and win, so they better not govern that way. They got taxes increases, but there's no outpouring of support to raise a bunch of government spending.

As for what the GOP is conceding, I'm not sure that the country wants them to give up the spending cuts--it just didn't want to go full-bore with the GOP plan. So the GOP has to give up its big plans and do the fiscal watchdog thing. The Dems aren't making any big concessions either, at least not compared to how they presented themselves in the campaign.

I don't know why you think the House will demand more concessions. Their demands have been successfully rebuffed. Their history of caving is evident. The same will happen again. They are an ineffectual body except for making noise and rubberstamping the agreement of the Senate at the last second. That's how things will remain with the House reps being so partisan. They don't know how to negotiate, so they don't have a constructive role in governing under split power like we have.

@dangerous. One more thing--good questions, though.

The House is looking to take the Dem concessions on the length and levels of funding at the sequester level and debt limit increase and ... big shock .. adding more demands.

There's no deal to be made here because there is nobody to represent one side and they don't even talk in good faith. It's all PR and blame shifting.

Andrew Sullivan calls what's going on a cold civil war. That's right. Their is now a powerful segment of the electorate who refuses to accept the result of a free and fair election, and they are ready and even eager to take the country down. They have no interest in satisfying "moderates" because it is an us vs. them. When the country goes down, they will simply blame their opponents for it.