Chris McDaniel is planning to sue for a new run-off election for the Senate nomination in Mississippi. He, a Tea Party candidate, lost his run-off primary against Thad Cochran, an old GOP establishment type. Cochran was a long shot at winning until he used a clever, and legal, plan to get blacks to vote for him in the run-off. The plan worked.

Howls from the Tea Party, and even from their supporters in the UK. The loudest complaint is that the GOTV messages for black voters were "tinged" with racism. As though there aren't any tinges of racism in Tea Party campaigns. Nothing like black votes are bought with goodies from social programs, that they're happy to suck on the teat of government, that they're stupid voters, that they support Obama just because he's black, that Obama is not an American and actually hates America. There's nothing racial there.

What's so ironic is to label this statement as out of bounds:


"Say ... no to their disrespectful treatment of the first African-American president"

Yet Tea Party supporters routinely say things like this:


"You know Barry, ... most people don't like you because you are a narcissistic, idiotic, anti-American moron."

If the black voters were already familiar with the Tea Party and knew it was a calm, level-headed, polite group, the ads against the Tea Party would have been ineffective and clearly seen as lies. However, the sense that the Tea Party has been disrespectful of the president correlates highly with real-life experience. That's what we usually call 'truth.' (By the way, it's also clear that tons of Dems are extremely disrespectful to conservatives, too. The crap doesn't flow just one way.)

The worst exaggeration (from a radio ad) was this:


"If the Tea Party, with their racist ideas win, we'll be set back to the 50's and 60's... Say no to the racist agenda of Chris McDaniel and the Tea Party."

That's on a par with typical Tea Party tripe about Obama/Dems hating America, and wanting to drive the country into the ground. I'm pretty sure I've heard that a million times.

However, the ads and robocall didn't stick only to racial issues. It tried to convince listeners with other relevant concerns like obstruction, cuts to public education, food programs, disaster relief, etc. That, like the comments about disrespect, sounds pretty accurate too.

Maybe instead of griping, the Tea Party should start inoculating itself against racial charges by: 1) being explicitly non-racist, and 2) caring about black people's concerns. 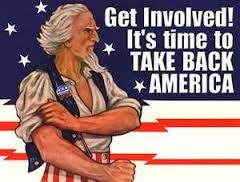 Extras. Listen to the robocall and the radio ads that ran on black-centered stations. The Tea Party not only hates Obama, they often hate everyone who voted for him or other 'liberals.' That's a lot of hate. According to this TP group, it's anti-American to say anything good about Islam. For a bit of balance, here is a potty-mouthed anti-TP organization.

Posted by ModeratePoli at 9:52 PM