The House postpones its summer vacation

The House is too scared to recess for August vacation. Why? Because they haven't passed an emergency immigration bill in response to the immigration emergency.

In some ways, it surprises me that they didn't just walk away. It's not exactly their crisis since they put the blame on Obama's unilateral (executive) decision to end deportations of illegal immigrant minors. The GOP could say "you broke it, you fix it" to Obama.

They haven't done it because of a little lawsuit they've started which complains that the president is overreaching his authority beyond what is legal. It's hard to make that argument stick when Congress won't address issues and pass laws, which inevitably leaves the president to sort through the mess as well as he can. This will entail making unilateral decisions, seeing as the Congress hadn't passed the laws he'd need  as the guide. So it's important for appearances for the House to pass something.

There's no certainty that the House can pass any sort of emergency immigration bill. They can afford only about a dozen defectors, and there are at least that many angry Tea Partyers or assorted nutjobs. So it's going to be tight for the GOP leadership. I don't think they're going to succeed, even though it hands Democrats a talking point about the disorganized House that can't provide leadership even in a crisis.

A leopard can't change its spots, and the House can't pass anything controversial unless absolutely necessary. If it's not a necessary budget bill, it's not going to happen. Maybe I should start my August vacation by chortling at Congress while I lounge poolside with a martini. Yes, that's the ticket. 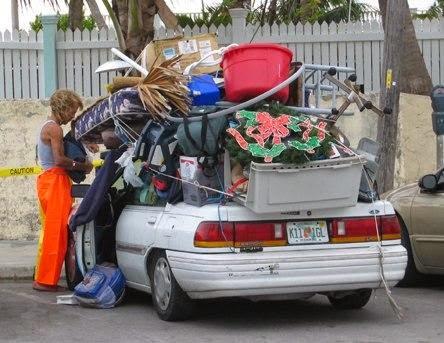 The House sorts it out and goes on vacation... soon... maybe...
Image: guzer.com

Update 8/1/14. I was wrrrooonnggg! The House GOP got it together and passed a bill. If the House can become functional, the Dems better watch out in 2016.
Posted by ModeratePoli at 9:46 PM

So it's yet another manufactured crisis, at least for the USA. The GOP and media jumped on it because they could get them to call it a crisis and find a way to loudly blame Obama.

Hence, they don't want it solved; they want the issue and the opportunity to talking-point it for the election.

Boehner points out to them that calling something a crisis -- real or not -- then not taking any action gives the other side a better (or at least equally effective) talking point and belies the assertion of a crisis. But some GOPers aren't buying it since all that matters to them is hating on Obama.

Their current dilemma is finding a way to make it appear they've done something without actually doing anything that would take it off the front-burner and, hence, lose their hate-focus. If they can, that's what they will do.

@dangerous, I don't think this crisis is completely manufactured. The DHS is definitely dealing with a large number of minors who have overwhelmed the facilities that were available to them. That seems real enough to me.

Now Obama could have invoked some emergency clause (I've heard of this--I assume it's true) to expedite sending these minors home. He hasn't done this because it could very much anger the Latino groups and the bleeding-heart libs. Obama isn't brave enough to do that. (Perhaps brave people never make it far in politics, and all we have at the higher levels are the people who expertly target and time their pandering.)

It is amazing how scared people are of angering the Latino population. No one but the most obnoxious Tea Partyers and white supremacists say boo to them. I guess they will be such a large voting block that pols dare not alienate them.

I like your point about keeping it on the front burner. But that's a double-edged sword for the GOP. We shall see how this plays out.