Paul Ryan is confusing me

I'm very confused. Paul Ryan has just released an overhaul plan for federal programs that help the poor. Why has he done this? This is the same guy who was the only Republican (almost) to put together a budget, and that budget slashed poverty abatement programs. And now he's for giving the poor a lot more help than his budget envisioned? I'm trying to make sense of this.


Does this have anything to do with the midterm elections? Maybe, but I don't see how. A major overhaul of federal poverty programs isn't on the agenda of either party. That is part of what confused me--this doesn't seem to be connected to the upcoming elections.

I hate this sense of not knowing the strategy behind this proposal. Maybe it will become clearer. What's more likely is that the plan will fizzle, sort of like the Ryan budget did.

Oh, I just realized one additional option, which we'll call Option 5. Paul Ryan is incoherent in his thinking and ideas.

Good, Now I'm not confused anymore. I can always fall back on this option. Phew, that's a relief. 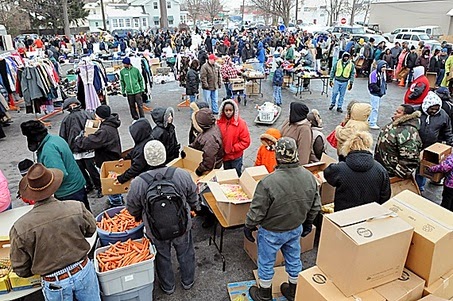 
Extras. A post containing an interesting graph showing how benefits phase out as income rises. A post about how we have only 3% chronically poor. Is Ryan's plan a big program for a small number? Some good points there, but I have lingering questions about all the non-chronically poor, such as the poor children, poor elders, and poor disabled that are also mentioned in passing. That sounds like it adds up to loads more than 3%.
Posted by ModeratePoli at 9:39 PM

The core of Ryan's so-called "proposal" is federal money going to the states so that they can dole it out as they see fit. As I read elsewhere today, GOP-controlled states do not have a good record of caring about what happens to the poor, as PROVED by their refusal of free federal money to provide poor people with healthcare.

So when the money starts flowing, and the GOP interest groups get their grubby mitts on it, somehow less will go to the poor and more to their benefactors to supposedly help the poor. My guess is that federal money will go to connected employers to pay for poor people to work for them. Hence, they get free labor.

@dangerous, I don't have a problem with block grants per se. They've been around for a long time, and I haven't heard that they're abused in more terrible ways than other government spending.

But you seem to be taking this proposal more seriously than I am. I don't see it going anywhere. So in what way is it important? Only if it builds up some momentum, or maybe as a signifier about a potential presidential candidate. The details? Meh.