Watch this movie and it will lead to nuclear holocaust! That's one way, or maybe the only way, to get me interested in a movie.

The weird leader of North Korea is upset over a major Hollywood movie. Two comic actors, who previously starred together in a stoner movie, now have a movie where they're assigned to assassinate said weird leader.

Kim Jong Un is threatening "merciless retaliation." He's killed people before. He or one of his predecessors have shot missiles without provocation, kidnapped people from Japan, but not managed to start a war recently. I hope he doesn't kill or maim over this movie, but it's on him if he does. 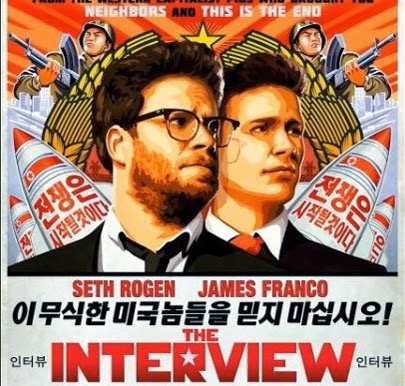