Short: What do we owe to the British empire?

Answer: Almost everything about our political system.

Don't be scared off by the polemical title of this fascinating article. After reading it, you'll think a little differently about the connotations of the word 'empire' and you'll be grateful for the British empire too.

The thesis, briefly, is that the British empire gave us Americans a lot of breathing space to develop good governance. Besides that, the British also developed a form of government that was influenced by and conducive to trade and commercial wealth. This benefited lots of people, including us Americans. Since WWII, it's been our turn to provide the general peace that is the foundation for a decent life and prosperity.

These ideas aren't new to me. My first separation from liberal orthodoxy was over the role of the military in our country and the world. I had to admit that US military power seemed to be generally a boon to the world rather than a murdering, bludgeoning curse. (Generally, not always.)

This article draws the clear connection between the British empire and liberal democracy. Most liberals wouldn't even consider that there is a connection, but there is. Take that, you pinko liberals. 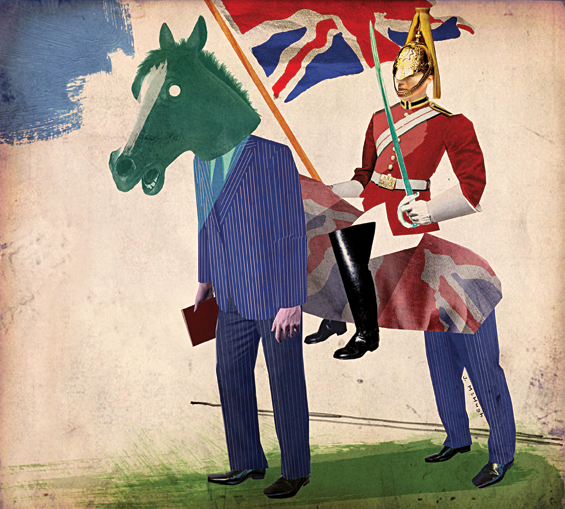