Boxed into a corner

That's what the GOP, and particular Romney, have done to themselves. Here is a list of campaign issues they can't talk about:
These leaves some topics, but not many neutral ones where the GOP takes a turn presenting its proposals, and the Dems take their turn. To be fair, the Dems can't talk about their jobs plan very much, tax reform, or much about entitlement reform either.

Better cards
It looks to me like the Dems are holding the better cards. They may not be face-cards, but the GOP's cards look like deuces for the most part. If one party talks mostly about:
and the other party talks about:
the audience is going to gravitate to the more important, sexier, or scarier topics, and it ain't gonna be oil rigs and smokestack scrubbers.

Of course the GOP would love to avoid neutral topics altogether, and focus on blaming Obama for all the ills of the country. But that doesn't seem to be working, even after the dismal jobs reports this summer. Today, Gallup has Obama topping Romney 48% to 43%.


Can't make it stick
It's not as though Obama is suddenly the teflon president (guffaw). Actually, there never was such a thing. It's just the frustration of opponents that more people aren't buying their arguments. Probably most people have decided how much Obama owns the bad economy, and it's going to be hard to convince many people that he deserves a heap more blame.

I think I've run the speculation steeple chase as far as I can. Does this theorizing stand up at all? You tell me. 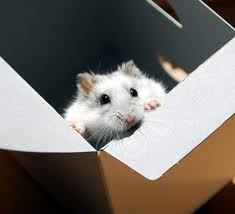 By the way, here are the negatives that will keep the GOP from talking about those 11 topics:

Posted by ModeratePoli at 1:38 AM

We'll see, right now the campaigns are mostly trying to frame the election by characterizing the opponent. Romney wants us to think Obama is a failure. Obama wants us to think Romney is a greedy businessman who made a fortune by hurting the American worker. On some level, Romney's attack works since no one is exactly happy with how things are going. Obama, on the other hand, is trying to take advantage of people's ignorance of how free market capitalism actually works. Or worse, he himself actually belives it.