What is slowing the economy: Low demand, not Dems

First the apology and the explanation. This is the first post that I totally lost, despite some effort to save it. I'm sorry, but I'm not going to try to reconstruct the whole thing. Instead I'll give just an outline. Sorry about that, but I'll keep all the highlights. (Unless my prose was the highlight for you, which I don't think is likely.) Here goes. The post roughly said: 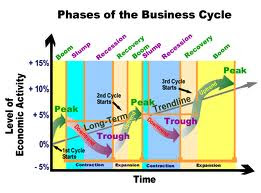 Posted by ModeratePoli at 7:30 PM