Judicial activism (or not) in the Obamacare ruling

Most people don't want to wade through the Supreme Court ruling on Obamacare, and I don't blame them. I couldn't read the whole thing (193 pages) either. However, here is my attempt, based on what I did read, to lay out the arguments the justices found compelling.

Both arguments have very strong points. The dissent skewers the devices the majority used to maintain the legislation (starting at p.142), specifically turning the mandate/penalty into a tax, despite the fact that the legislation wasn't written as a tax.

Chief Justice Roberts, writing only for himself, points out that the Court doesn't overturn legislation lightly and that the precedent is that "every reasonable construction must be resorted to, in order to save a statute from unconstitutionality" (p. 3). He found that the power to tax was a reasonable argument. The liberal justices didn't agree with his reasoning, but agreed with the upshot, which was that the mandate could stay.

The minority doesn't actually refute the argument that Court should try to find a any to uphold Congress's laws. Instead, they hammer away at how the law created what looks and acts like a penalty, so it not should be interpreted as a tax. They also cite precedents for why the law must be judged as is rather than 'adjusted' to squeak by on the constitutionality question.

Beyond the legal logic in the opinion, I'm fascinated that Chief Justice Roberts would square the circle rather than throw out this law. He hasn't been as respectful of other laws. This opinion could easily have gone the other way, and I don't see a strong reason why it didn't.

For all the speculation on why Roberts ruled as he did, see my next post. 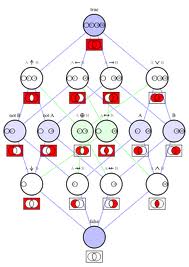 Update 7/9/12. Here's an interesting critique of Roberts' mistakes. This critique inadvertently supplied me with another point in favor of Roberts' ruling: that capitation taxes (a per-head tax) are constitutional, and that this kind of tax is constitutional a "shared responsibility."

My interpretation: we all have healthcare expenses in this country, so carry insurance, get one of the limited waivers, or pay a tax. I can believe that would be constitutional.
Posted by ModeratePoli at 4:52 PM

I forgot to say whether I thought there was judicial activism in the ruling.

Well, there are strong arguments on both sides...

But before I render an opinion, I'd need a clearer definition of the term.