Perhaps readers think that my jeering at Romney means that I have abandoned my moderate demeanor, and I'm turning into a Democrat partisan, and maybe always was.

I suppose it's a possibility, but I don't think so. I've always felt that people need to deal with the consequences of their actions, and Romney is reaping what he sowed.

Romney could have made this a campaign on issues and plans with honest analysis of where the country is, how it got there, and what to do in the future. Instead he chose to say that Obama knows nothing about the economy, but he does. Furthermore, Romney chose not to present a specific detailed plan that could be the focus of his campaign, but to run on his experience as a businessman. He has narrowed the ground on which this campaign will be fought, and now he has to deal with it.

So, how about Mitt? Are you ready to open up this contest and talk about economics and fiscal policy and real budget numbers, or do you want to fight on the narrow strip you've laid out?

Of course Romney would rather have the whole campaign revolve around Obama's mishandling of the economy, and Obama's high unemployment numbers, and Obama's budget deficit.

Well, he can't run a campaign as the invisible man or some mystical anti-Obama, because the Americans who still think don't believe in magic. The same problems are going to there on Day One of the next presidential term. If Romney wants to be in that office, he needs to show what he'll do and convince us that it will be better than what Obama is offering.

That isn't too high a bar--show us you're better than the other guy. Don't just say it. SHOW. US. Something.

At this Romney has been a failure. He still has time to reverse that failure, but I don't see the signs that he'll do it. On the other hand, his strategy might be enough to win him the office. But what a threadbare victory it would be.

Come on, Mitt, Show us something. 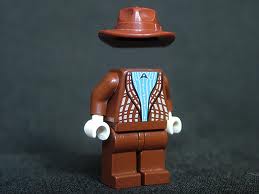 Is Romney even in this campaign?
Image: mikepesh.com

Posted by ModeratePoli at 2:01 PM

Seriously, I understand what you are saying, MP. But I have to side with Bernstein here. What is good for the country isn't good for the Romney campaign. Any specific plan he puts forth, particularly any plan that is in any way grounded in reality and that in any way comes to grips with real problems, would only drive away more people than it would attract.

Of course, that means if he wins and if he faces a GOP Congress (which he probably would) he will be a cipher facing a unified phalanx of highly conservative people with very clear and, as you have said, completely unrealistic ideas. Will he be able to impose some sense of reality? I wouldn't bet two cents on it.

Which will be awful for the country, but really no more than the voters deserve. If you really want to avoid that, I'd give a big bolus of cash to Elizabeth Warren. Given a Romney victory, an against the odds hold of the Senate for the Democrats would be the only way to avoid seriously bad outcomes. Or else pray for an Obama victory.

I'm not sure what view of Bernstein's you're referring to. If "what is good for the country" was uncontested, plans would be sailing through Congress. If you mean that Romney has to be vague about his budget plans because the numbers are horrendous, then there's no disagreement at all.

As for Ms. Warren, I'll give her my vote, but she isn't the kind of centrist candidate I'd encourage with my hard-earned money.

I am praying for an Obama victory, and one clear enough that recounts are unnecessary. BTW, Intrade has Obama ahead.

A while back Bernstein made the observation that although many might find frank talk about specifics to be good for the country, Romney, or for that matter any out candidate, is better advised to be vague. That is all I meant.

@Anastasios, maybe Romney has hit the vagueness threshold where it finally becomes counterproductive. If only it were quantifiable... I was about to say that maybe no presidential candidate will be as vague as Romney has been, but then I remembered Nixon's secret peace plan. Now I'm wishing for just a bit of amnesia.