Score one on one of my predictions

Back in February, I predicted that opposition research into Romney would find its best treasure trove in Bain Capital. However, the fruits of the research wouldn't come out until the general election.

Now, political ads on Bain Capital are hurting Romney. There are also other question on how he amassed huge amounts in his IRA account. Technically, we aren't yet in the general election, but yes we are in a way. We know Romney will be the GOP nominee, so now's the time for that juicy op-research to be revealed. What will we learn? I'm not usually a gossip, but I'm hoping for something truer and more interesting than Obama introducing the non-radical Derek Bell. 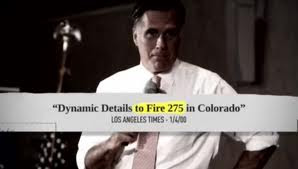 Posted by ModeratePoli at 8:32 PM