There's a fair amount of buzz about a WSJ editorial criticizing Romney as a campaigner. It levels several charges against him:
Liberal critics of Romney are naturally enjoying the opportunity to repeat the WSJ criticism of Romney. However, they invariably leave out the best advice to Romney, even those who quote the article at length. This is the clincher advice that liberals prefer to ignore:


Mr. Romney should use the Supreme Court opinion as an opening to ... show voters that Mr. Obama's spending ambitions are so vast that they can't be financed solely by the wealthy but will inevitably hit the middle class.

To me that sounds like a good, solid point. What is keeping journalists from repeating that part of the editorial? It couldn't be partisanship or media bias, could it? 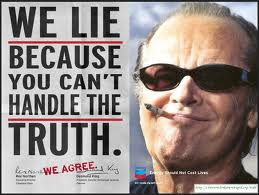