A Bloomberg editorial points out the mathematical impossibilities in both Romney's and Obama's tax plans.

Briefly, Romney promises to maintain the Bush tax cuts and reduce rates 20% more. However, to remain revenue-neutral, he has to claw back two-thirds of the deductions people take. If you're middle-class, you're probably taking a mortgage deduction and other itemized deductions that greatly lower your tax bill, much more than a 20% rate reduction would. So many middle-class earners would see their tax bills rise just as high-earners get another tax break.

The problem with Obama's tax plan is that the rich don't have enough money to pay for all deficit spending that's been occurring for the past 12 years or is anticipated in the future. Doubling their tax rate, even raising it to 100%, doesn't collect enough money.

As I've said before, the deficit spending, and especially the marshmallow-soft taxes of the Bush II era, had a terrible effect on our expectations of what government can do and how much it will cost. We have been spoiled by having our cake and eating it too, and we are still being spoiled. It is high time for a reality check, but it isn't happening because (eye-roll) ... It's Election Season, the season of impossible promises. I'm going to stop now before my head explodes from the frustration.

But first, a big thank you to Bloomberg for a short, readable summary of these tax plans and their fundamental dishonesty. Please, read it, forward it, get it out there. 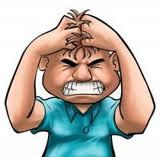 Posted by ModeratePoli at 2:10 PM