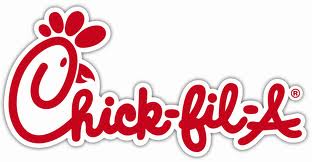 I rather not have to check the bona fides of every product I buy to make sure that they meet a laundry list of do's and don'ts. I've never had a Chick-fil-A sandwich, but I'd try it sometime. I think my son said it's pretty good. But I won't go on "Support Traditional Marriage" Day because I wouldn't want my commercial and gustatory decision to be interpreted as a political statement.

When I buy something, it's because it's a good product, and that's all. When I give to charity, I want it to support their charitable work, not their strategic alliance with or against some other group. We have enough liberal-conservative divides in this country. It doesn't have to extend to all of commerce and charities too.

The efforts of the Susan G. Komen trust to cleanse itself of all connection to Planned Parenthood was a debacle, but luckily it didn't spread to other charities (as far as I know). It should have been a lesson--support projects (or charities or products or companies) on their merits, not on their political pedigree. If it was my decision, I'd save boycotts for the organizations with egregious practices, not because a CEO has a political opinion. Maybe it's part of my live-and-let-live mindset, or maybe it's because I'm too lazy to make sure every item in my life is politically pure.

Actually, I'm pretty sure it's not laziness. I definitely don't want everything in my life to be politically pure, because I want a huge chunk of life not to be political at all.
Posted by ModeratePoli at 10:28 PM