I used to troll sometimes (not anymore... mostly*), and I definitely spend too much time fighting them in hopes that they'll whimper in defeat (hasn't happened yet). But this troll is 10x worse than others I've seen.

It starts with his screen name - Obotsarelonelyfools. He was a Clinton supporter and has the hugest grudge against Obama that I've ever encountered. There's no making common cause with an old adversary for him.

He's got about a 100 nasty comments on this thread. Don't read it too close to bedtime. 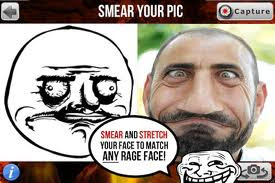 * I give myself a waiver to troll Shadrach Smith, AKA "muppet," a tea party troll on the Atlantic.