The way they talk: Lubbock, TX

So a judge in Lubbock, Tx, made waves last week because he was talking about, um, Obama sending UN troops into Texas and the great people of Texas resisting them. Maybe he said that, or maybe I'm remembering what someone else said. I'll have to track this down and return.

Back again.Yup, it was Obama sending UN troops into Lubbock. Now, I don't know how many people in the country agree that this is a possibility. I don't even know if the judge really believes it could happen, though he talks calmly and lengthily about it as a possibility, albeit a worst-case scenario... as he tries to walk it back (same link).

I think I'll try to make this post into a series. Todd Akin with his pregnancy rape comments would have fit nicely. I'll have to look for progressive craziness too. Wish me luck... maybe. 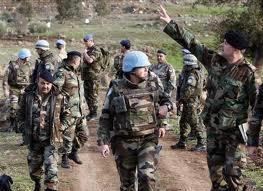 Extra: A retired teacher doesn't want to pay higher taxes to prepare Lubbock just in case. Read it to the very end.

Posted by ModeratePoli at 2:21 PM