Short: CYA by a pro-life group

While I was trawling the net for Todd Akin supporters, I found this mealy-mouthed document from the National Right to Life Committee. It chastises the media for ... (I'll just quote):


The mainstream news media is again busy ginning up stories exploring the outer parameters of the abortion-related policy positions of pro-life Republican candidates... -- while demonstrating a near-total disinterest in putting the spotlight on the outer parameters of the "abortion rights" positions embraced by President Obama, even on matters under current legislative consideration.

So, reporters, or voters, shouldn't be asking pro-life candidates about their positions because there isn't any legislation pending. I don't know if that's even true--that there's no pro-life legislation being considered in Congress right now. (Well, surprise, surprise. Their Legislation page lists a couple dozen bills.) I don't accept that limitation anyway because I want to hear what these candidates hope to do.

Instead, the press should focus on Obama, who might support sex-selective abortion or abortion up to the moment of birth. Yeah, this is a real concern. Somehow I don't think so. He certainly wasn't advocating these actions in the speeches he's been giving. 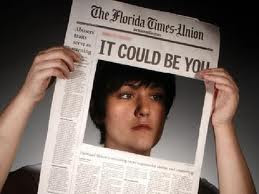 Extras. The abortion timeline at the NRLC website begins in 1959. That is part of the problem. Romney rules out any questions about abortion.

Posted by ModeratePoli at 8:56 PM