Not all gaffes are equal

It was a tough day for Republicans. On Sunday, the GOP candidate for Senate from Missouri made a big-ass mistake. He said that he doesn't believe that women can get pregnant from rape due to some bodily defense unknown to people who actually study human biology. Therefore, any woman claiming she got pregnant from a rape is probably a liar, and doesn't deserve to have a safe, legal abortion. Besides, even if she was telling the truth, her baby is innocent and deserves to live... never mind how traumatic the pregnancy might be... and even if the woman is a 12-year-old girl.

Some Republicans are pissed that this gaffe may cost them the Senate seat, and they're wailing about how unfair it is that gaffes stick to them but not to Dems.

Clearly, I'm not too sympathetic. To some people, this is just a little 'oopsy' like "57 states" or "put y'all back in chains" or "I like firing people."

This is different. It's not like saying the wrong word or using a questionable metaphor, or forgetting to fill a sentence with enough clauses so the words can't be taken out of context. This guy meant what he said. This has been his belief and reflects a policy objective that he would legislate if he could.

It would be scary if he could actually follow through, which he can't. What IS scary is that someone this dogmatic about abortion, reproduction, sex, and rape could be elected to the Senate. In 2010, the idiocies known as Christine O'Donnell and Sharron Angle were defeated, not by GOP primary voters, but by general election voters. We'll have to count on general election voters again. Let us pray, yet again, to be saved from the foolishness of some of our fellow citizens. 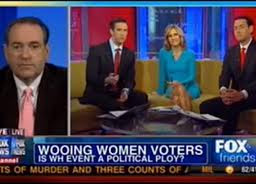 Also interesting. Bernstein on what the party can do.

Posted by ModeratePoli at 1:37 PM

The real story is the uneasy alliance between the traditional GOP, led by Romney (as about the only living representative) and the looney Right that try to find a way to work together to win elections and get what they really want.

So Romney and Ryan, to get elected, have to feign both interest in these social issues and support for the most outrageous of their positions. What is sad is that the main opinion of the country -- that abortion should be safe, legal, and as rare as possible through education, adoption and limitation of unwanted pregnancy -- is somehow no longer acceptable as a primary reason to vote for the party that supports that position in its platform. The loony Right has claimed the media-truth high ground by insisting again and again that a fetus is a human being, no matter what. So, naturally, they try to take it a little farther, and a little farther, and before you know it, they have won an election on the basis of economic worries and BAM!! they will ram through all sorts of social-issue restrictions into law.

This was the great political failing of President Obama. He could have made the GOP behave in 2009 and 2010 smply by setting them up as a) sore losers and b) wanting the country to fail. Then the loony Right couldn't piggyback their agenda on a weak economy and think that they could run candidates like Akin (or O'Donnell or Angle) and win seats. Akin might survive anyway, simply because it's OK for people to simply blame Obama and the Dems for everything in the economy, and shrug one's shoulders at the quietly held (usually) positions of the nominal Republican candidates.

The fact is that Paul Ryan is just as radical on these issues as Akin, and the Romney doesn't care enough to fight them and will give them what they want. So we can only hope that this gaffe sticks to them and that people who carae about such things will give Obama the benefit of the doubt on the economy -- which he deserves given the GOP refusal to go along with any efforts to improve it for their own political gain -- and not let these reactionaries get to vote on stuff that really matters.

@Anon, in the last paragraph of the post, I did say that it is scary that these dogmatics are capturing the nominations. But so far not enough of them are being elected.

I don't find your argument that Obama should have framed the GOP as losers to be persuasive. Coulda, shoulda arguments are difficult to win.

Ryan was awfully fast to distance himself, as were many in the GOP. I think that indicates he isn't as radical as Akin when push comes to shove. The bill he and Akin worked--probably lip service on Ryan's part.