Short: She shoulda had Romneycare

So there's this ad from the Obama superPAC about a family that lost its health insurance after Bain closed a steel plant. The wife got sick, but didn't see a doctor due to lack of insurance. When she finally was so disabled by pneumonia, she went into the hospital, they found the cancer, and it was too late. A slam against Bain, but a larger reminder of how our employer-based health insurance system collapses for many people (but hopefully not ME).

Romney's reply is ... weird. His campaign says this wouldn't have happened in Massachusetts under Romneycare. Well, yes, but you're not for making Romneycare national. You, Romney, are against that.

That's like Romney saying "my 2006-self as governor would help you" and ignoring that his 2012-self as GOP presidential candidate wouldn't. Which persona is more applicable right now? Oh yeah, the one who wouldn't help this woman.

This is just more fodder for counter-ads, and for the debates. In fact, many of these distortions of Romney's can be turned against him. I hope they are. A candidate should be truthful about his record and about his opponent's record. There's plenty there for a real campaign--his record vs. mine, his proposals vs. mine. If a candidate resorts to lies and distortion rather than laying out his best case, he deserves to be exposed. 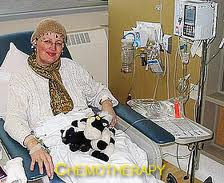 
Update 8/9/12. Boy are some of the loudest conservatives pissed off at the Romney campaign, and Andrea Saul in particular. Oops, some truth slipped out. In the videos here, watch the Fox host spoon-feed Andrea Saul the information she's supposed to say. Incredible example of Fox News media bias fair and balanced reporting. I couldn't make myself listen to the Rush tape. Someone tell me if it's tolerable.
Posted by ModeratePoli at 10:37 PM

I don't think it moves the needle at all; most people paying attention understand this issue vis-a-vis their thoughts about Romney. So I don't see the gaffe by a Romney spokesperson as being the "moment he lost the election", as more than one GOP commentator has insisted. First Romney is clearly behind already, so it isn't like he's in a position to win it, and now won't. (Many on the Right circularly insist that this election is Romney's to lose.)

I think the larger point is that this ad is fair, and the GOP's caterwalling -- with some media egging-on -- that laying a dead woman's husband's suffering at their feet is unfair doesn't change that. On balance, the GOP's health care plan, a critical component of both the economy and people's lives, is suffering and bankruptcy. The speaker in the ad endured both. So whether Bain and Romney had anything to do with it or not, it's s strong argument for more universal, secure health insurance FOR EVERYONE. That's a Democrat policy point, a core Obamacare argument, and something Romney and the GOP want to take away.

For the life of me, I will never understand why Romney didn't cement his position as:

1. I support and encourage each state to draft and debate their own plans to provide affordable heath care to all residents.
2. We don't need a one size fits all DC solution, we need answers that are closer to doctors and patients and away from bureaucrats.
3. I led the way as governor in MA, and while that program isn't perfect, it was a step in the right directions.
4. The federal government should encourage and support a variety of methods and plans, and as president I will work to make that happen.

That's it. He can go on to talk about block grants to states to reach certain benchmarks or assistance to states with certain poverty levels, but he could walk the line that let's him claim credit for his work in MA, disarm attacks based on stories like those in the OP, while still opposing a national system.

It's obvious to me and everyone else I talk with, so why didn't it come to him and his advisors this way?

@truth, I'm surprised you don't have a theory for why Romney didn't go that direction. The aroused part of the GOP was so against government solutions that he barely defended Romneycare. He didn't renounce it because that would've meant admitting an error in judgment, which isn't Romney's style. (He's more likely to strongly defend all his decisions or issue a denial that he did X deed than admit a mistake.)

But supporting government solutions, even on a state-by-state basis, was too much for the Tea Party factions which were so dominate during most of the primary and pre-primary campaign. Remember the cheers for throwing the hypothetical accident victim out of the hospital? That is why Romney didn't build on what he had done with Massachusetts.

Also, it doesn't sound like you live in a conservative echo chamber, which is why reasonable arguments still maintain their logic. So, if you wish to disclose, where are you? (I'm in Massachusetts, land of Romneycare.)

MP - I also grew up on Mass, which is I think how I found your blog.

Merrimack Valley to be more specific. Undergrad in Boston, then off to DC for my time on Capital Hill and now back in New England.

I'd describe myself as moderate too, although not in the middle of the road kind of way so many people think it means. Rather, I have some views that are hard left, some that are hard right and when you toss them altogether the balance of them causes me to be viewed as centrist.

I do have my own theories about Romney, but I don't have any real good evidence for them despite having campaigned with him off and on in 1994 during his Senate run (I was on staff of another race) and having some close friends who were senior staff on his 2008 run. I find it instructive, that none of them returned this cycle.

I don't know that I agree that he would have been harmed running on supporting a state's right to pass its own health care law. While government solutions might be verboten by the extremes, that isn't the prevailing view, even among the TP.