Yesterday I was trying to find out whether the left was going crazy over the Paul Ryan as Romney's running mate. No they weren't, but I blundered into this story:

It seems that some hapless spokesman for John Boehner released a statement to the press including these words, attributed to the Speaker himself:


[Obama] "continues to blame anyone and everyone for the drought but himself."

Anything like that spreads over the liberal blogosphere fast. It was picked up the Democratic Underground, Daily Kos, Talking Points Memo Livewire, etc. By 2:30pm in the afternoon, comments were coming back to Speaker Boehner's own site, and by 4:30pm, the site had a correction up:


UPDATED @ 4:30 PM ET: Clarifies that the president is blaming others for failing to respond to the drought when he has yet to urge Senate Democrats to adopt a bipartisan drought-relief measure passed by the House.

So, did anyone in the infamous Lamestream Media jump on this story? No. CNN, NBC, CBS, NYTimes, WaPo, none of them seems to have run with it, at least according to my Google search. The most high profile liberal sap is MSNBC, to its shame.

I'm reminded of the slam on Al Sharpton in May, where someone in a conservative news factory cleverly edited Al Sharpton and made it seem that he was accusing the Republicans of being for genocide. That was picked up by Mark Levin (if it didn't start there) and spread around quickly too. Fox didn't fall on it, to their credit.

There is one major difference in this case. The conservative sites didn't have links to sources, but most of the liberal sites did. That's how I got to Boehner's site and saw the correction.

There is also a major similarity between the conservative blogophere and the liberal blogosphere. They will both run with meaningless gaffes that any adult would immediately discount. The immaturity is so predictable and tiresome. Grown up, all of you! 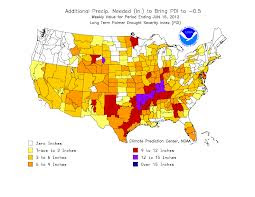 Posted by ModeratePoli at 1:18 PM